All Collections
Your Dashboard
Types of Dashboard Issues

User Experience Insight sensors run synthetic tests one at a time in a continuous round-robin sequence.

There are two types of issues observed in the dashboard which generate notifications:

For threshold violations, you can always check if there is any underlying wired or wireless issue happening on the network or you can take an on-demand packet capture on the sensor to get more insights. By analyzing historical test results data coming from sensors, you can always adjust the thresholds under the settings to fine-tune the network.

For example, by using the issue triage one can easily determine if a certain website is only failing on the wireless network or wired network, or both by comparing test results performed on both networks, step by step root cause analysis by issue triage is shown below. You will also get a packet capture for issue triage if you have set up the sensor with PCAP Full.

It's always a debate whether the issue happening because of internal network devices or something which is happening outside of the network, beyond our control like ISP outages, or application API issues on webservers - Facebook or AWS outages. In the issue triage, you would get the traceroute result to the endpoint, beside the hostname and IP of each hop you would get AS number for that network operator. By doing AS lookup you can easily identify if the AS number belongs to a network that is either inside or outside of your LAN/WLAN network. In this way by using traceroute with AS number functionality one can get insights on the WAN side of the network using UXI. For e.g. if you are seeing "No connectivity past gateway" you should check traceroute to see where[on which hop] the packet is getting dropped. 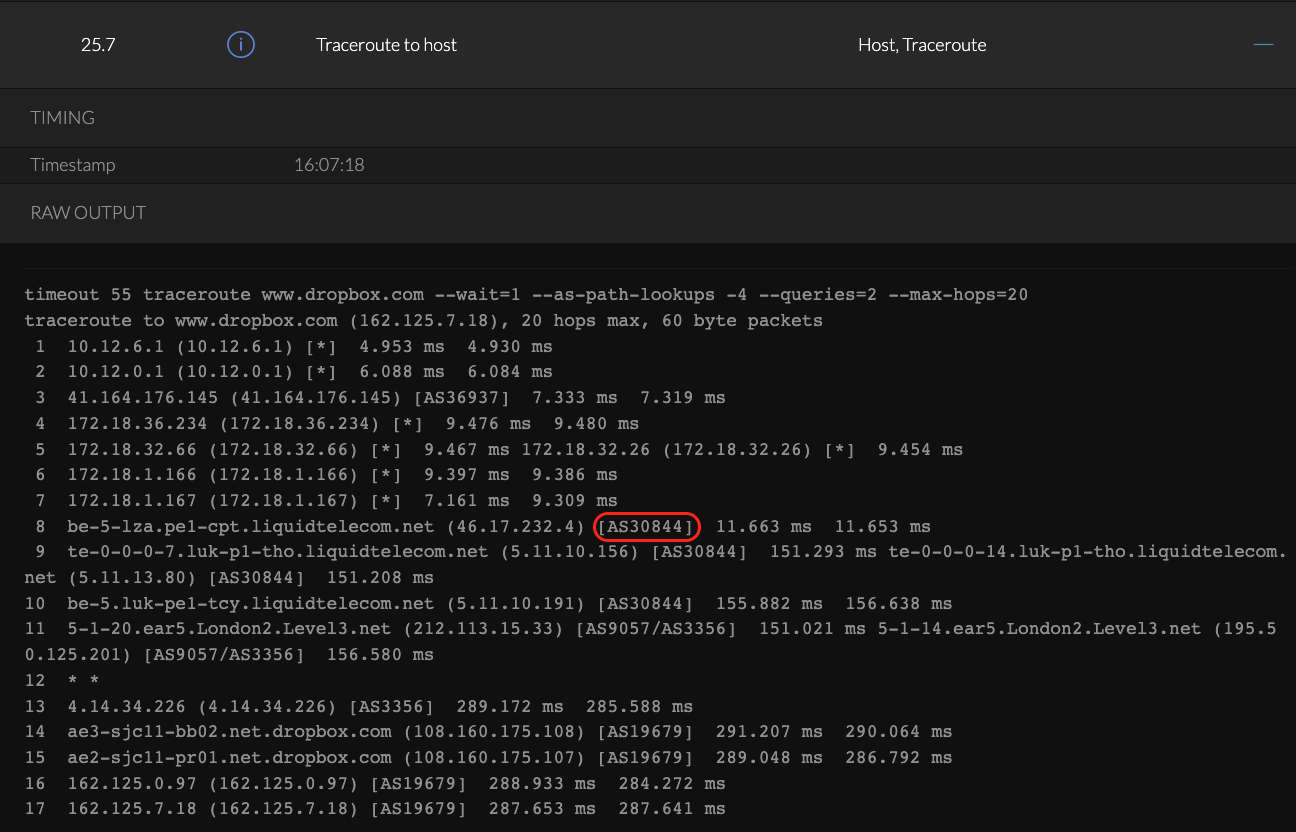